About nine months ago we found out that, once again, we would be going on the roller coaster of life that is parenthood, when Amber became pregnant for a fourth time. In theory we were well prepared for this journey, with three other healthy children under our belt and all the self-perceived wisdom that brings you. Several months in though, things would begin to take a dramatic turn for the worse, which has now culminated in the tragic loss of our fourth child, Figordio.

About mid-way through the pregnancy, the doctors started noticing problem with the baby’s kidney development. One of the kidneys was not working properly, and there were concerns about both the bladder and the second kidney as well. In theory a person can live with one kidney, so while this was concerning, we had hope that things would turn out OK. The further along we went though, the further things began to deteriorate. After another month or so, we started loosing amniotic fluid, essentially to the point where there was none left. Amniotic fluid levels are tied in with the renal system, so we headed back in for more testing and procedures, and eventually we determined that the second kidney was also not functioning properly. During this time we met with a lot of different specialists, including one who specialized in infant / child dialysis, one of very few in the country. It seemed very fortuitous that we have moved to Baltimore a few years ago, where there just happened to be the exact specialist we would likely need for FJ going forward.

So we prepared for a wide range of outcomes; there was a chance that he would come out OK, or at least that one of the kidneys might have enough in it to work. The more realistic assessment was that he’d likely need infant dialysis and eventually a transplant, meaning a life-long commitment kidney medicine and doctors. We talked to other doctors about potential surgeries, about how long he might need to stay in the NICU, and a number of other potential scenarios. All daunting for sure, but all part of the deal. Of course, there was the chance that he might not make it. This kidney work is definitely not a well beaten path, so there aren’t any guarantees about any of this.

Another complication was that through most of the pregnancy, he was in a breach position, which meant we would likely need to do delivery through a C-section. I suppose that is fairly common these days, however it wasn’t something we had done before, and would certainly have an impact on the birth process. On the other hand, given the other issues, it seemed like having a scheduled delivery in the hospital was probably a good thing. Full term for Figordio would have been August 22nd. After bouncing around with a few different dates, the last date we would settle on was August 4th. Far enough into the pregnancy that he would hopefully have grown strong, but far enough away from his due date that we wouldn’t end up scrambling at the end.

July 26th would make those dates irrelevant. Amber went into labor early in the morning. As an old pro, she just bared the contractions for several hours, but eventually they were close enough and strong enough that we knew a trip to the hospital was in order. We weren’t sure this would be it, but Sunday had marked her 36th week of pregnancy, which was past the point they would cut off delivery, so on we went. After a few hours at the hospital, they determined that she was in labor and starting to dilate, so they began prepping her for surgery (the C-section). Figordio was born that afternoon around 2:30pm. He looked pretty good, and we heard one distinctive cry from him before they took him to the NICU, where they started to work on him, getting x-rays, giving medicine, and trying to assess his condition.

The nephrologist who did the infant dialysis mentioned to us that often times there are enough other developmental issues, usually around lung development, that often the kidney issues took second place. Figorido had had amniotic fluid long enough that his lung development certainly could have been OK, although would likely have issues initially as his lungs hadn’t been “breathing” fluids as most do, but there was reason to hope. Unfortunately though, this was to be his downfall. His lung development had not been a mature as we had hoped. His left lung was probably 3/4 the size of a fully developed lung, and the right lung about 1/4, with air on the outside of the lung restricting breathing. Even after removing the air, the lung was still underpowered. His heart, while having a strong beat, had become enlarged and was slightly out of place, which left it having issue getting fresh oxygen into the system, leaving him with elevated levels of CO2 in his blood. X-rays showed both a heavy, abnormal curvature of the spine, and immature development of his rib cage on the right side. The kidneys, where we had focused so much attention during pregnancy, were at this point almost an afterthought. He would hold on for a while during the night, but with falling blood pressure, lung problems, and poor oxygen levels, he passed away shortly before 6AM on July 27th.

It’s hard to prepare for something like this. It’s unnatural I suppose. Even though we had talked about the possibility, we hadn’t really been prepared for this outcome. Kidney complications are a more drawn out process; what happened with Figordio was very sudden and rather shocking. Time will of course heal this wound, but it doesn’t make the current process of grieving any easier. 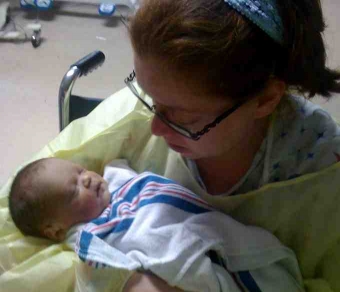 “The meaning of a person’s life cannot be judged by our limited understanding of time.”

A veteren free software developer and advocate, I tend to speak and write about open source and large scale web operations, although most people know me from my work on or around the Postgres project, where I was recognized as a Major Contributor.